Carl Ruebotham said ” you need to get over and ride the V718 mate it’s really fast”  “not fast enough for an Open Event, and too fast for the slowest riders event” says I….

But,  I decided that if you want to win the lottery, you have start off with a ticket..so a couple of weeks ago I entered the Team Swift 10, slowest 90 riders [inc 18 women] event on the 6th July.. I fully expected to get my entry back, but no, I got in,  with the event fastest rider having done a short 23. [so this was very much a middle {not faster than a 24 LTS}  to long markers event.{not faster than a 26 LTS}]

I looked at the course on google maps and thought, Thats a bit of a motorway that!,and it is,  quite literally, the M62 runs off onto the A63 dual carriageway and the course  starts about 4miles after the end of the motorway.

Armed with a load of advice and a front wheel from Caroline and Dave Fearon [thanks guys] I set off for a uneventful drive over [well you can make the Midweek events when your retired! -have I said?]

It’s a 4.5 mile trip out and 5.5 mile trip back. relatively good surface [well, a damn site better than our club course] and a dropping wind made for ideal conditions as due to the traffic you feel like it’s a tail wind both directions.

Alan Shuttleworth and I were the only 2 nut jobs who faced a 250 mile round trip to ride a 10! but it was worth it..

Alan rode his Trike, aiming to better his Vets Standard for 10 miles, he stopped the clock at 26:19, well done Alan.

Anyway Dave was right and I was wrong, starting no31, I caught no30 at about 6miles and thought, ‘mmm, this seams to be going rather well’, [or something to that effect] average speed being well up on what I would normally be capable of..

as an aside, Andrew Risk asked me at the committee meeting on Tuesday night, “so were does a fast 10 fit in to your preparation plan for a 24hour TT in 2 weeks” ?  “it doesn’t” I replied, “it’s just something I need to do for me” 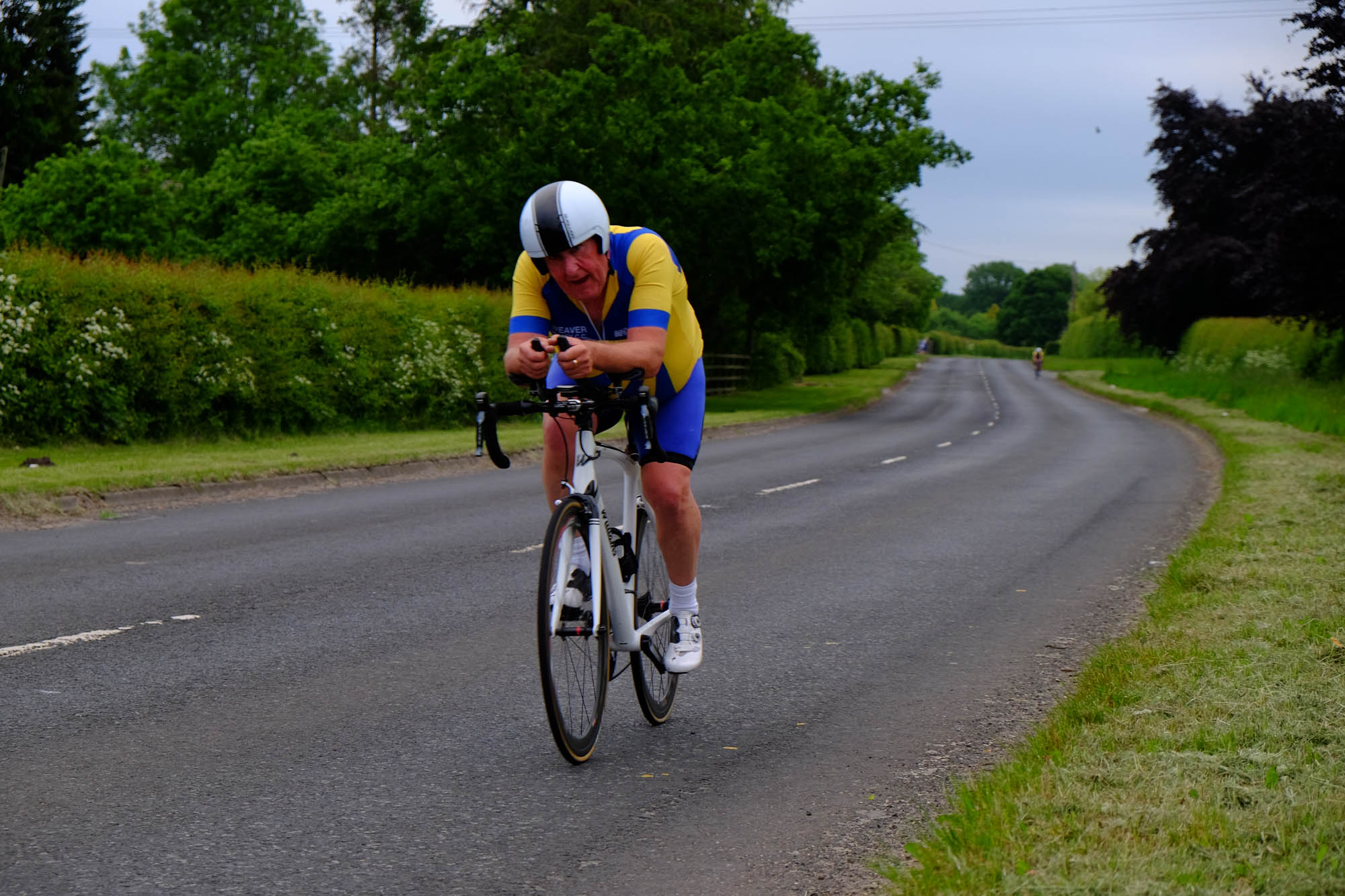 Jim secretly prepping a couple of weeks earlier, for an all time personal best!!