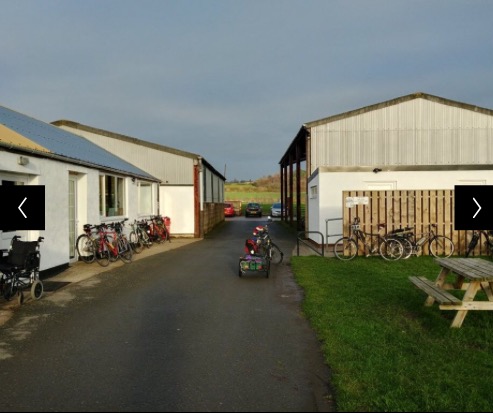 What: Short Run
When: Sunday 9/12/18
Where to: Nets cafe
How: Outward>Northwich>Weaverham>Delemere>Greenway>Nets Cafe
Inward>Dee pathway>Chester>Christleton>Waverton>Tarvin>Delemere>Home
Who: Robert, Martin, Jeff, Myself and later Lou and Ian

Turning up at the club on Sunday and within a minute of me pulling up! I myself being volunteered for the lead! certainly woke me up!,LOL

Anyway like all average democracies we had a consensus of opinion I suggested and they endorsed – and the lucky cafe winner was NETS CAFE on a very gloomy day.

Like all club runs, you might not see someone for months on end, then suddenly! where the hell have you come from? Anyway the four of us Robert,Martin,Jeff and Myself headed off with sun in the back ground and as we chatted away, happily and merrily it was all good fun until those dark nasty clouds came upon us in more ways than one.

The end of the Greenway was nearing and as we got to the triangle section there was a 20 strong bike train coming from the direction of the River  Dee pathway  and I immediately said Lads we seriously have to try and stay in front of these! else we’ll be queuing all the way to Chester! anyway we put the hammer down! and we were doing quite well! until we got to sheep pooh alley! where we just slowed that much the train just sailed past us! anyway with our tails between our legs we powered on just in time as the rain started to come down Heavily.

Lucky for us the 20 strong bike train turned off, turning before Nets cafe so in the end the sun gods were shining upon us!

In Nets cafe we were joined by Ian and Lou. We were enjoying the chit chat that much we ended up being in Nets for over 1.5 hours obviously this had nothing to do with the fact it was still pouring down outside.

Anyway 6 brave souls disembarked from Nets cafe and within 10 minutes i’d got a puncture this was roundly fixed by the F1 team of Lou, Ian and myself in quick double time. Onward we went! being blown down the River Dee pathway like a catamaran on a windy day!

We exited the River Dee pathway and to the back end of the race course where Martin had a slight off! He dusted him self down and got straight back up! (These north east guys are really tuff you know!)

We sailed out of Chester  and over to Christleton and Waverton and headed home via Tarvin and Delemere Forest where Martin put his foot down on the Hill (show off!). LOL

Anyway it was an absolute pleasure to cycle with these guys today (sunday) and to boot! with all the talking we got in 68 miles.