Having seen that no short ride had been planned for Sunday’s ride I thought that I would have a look back over my Strava activities to see if I could find something suitable. A quick search for “short” rides did not reveal many options, however I did find a ride that went to the Teddy Bears Tearooms. With this as a destination It was just a case of creating a suitable route.

Just before leaving home I grabbed the telephone number off their website in order to give them the heads up of our arrival. On arrival at the rugby club I chatted to Ady about my plan which was quickly accepted. The long run set off to get in the miles for Llanberis and I picked up my phone to give the tearooms a call. There was no answer but it was still early.

So 16 of us set off through Middlewich, down to Leyton (avoiding the closed road) and onto Church Minshull where Ady peeled off. Bunbury called next and then the steep climb near Bulkeley where we regrouped at the top. Well I say all, except some how we had been able to lose Steve M and Matt S. Andy W went back to have s look down the road but there was no sign of them.

After waiting a little longer, another unanswered telephone call to the tearooms was made. Finally the decision was to push on with the call of “how much further to the cafe” ringing in my ears. Just a couple of miles that’s all we had to go. On they way Emily teased us all with details of how good the Millionaires Shortbread was going to be.

As we approached the tearooms the pace lifted and I watched from the back as everyone ahead swept past the tearooms like they had not seen the turn off. It was only a I passed and saw the beautiful view of Cheshire through the empty tea room windows did the penny drop – they we certainly shut.*

Further down the road we regrouped and considered going to the Candle Factory instead. The decision was made to carry onto the Ice Cream Farm rather than risk some creaking knees.

The Ice Cream Farm was packed but we were able to get a large table to fit  the remaining party. Just as we were sitting down Steve and Matt appeared after their own mini adventure, grabbed some food and were able to join us to complete the ride back to Northwich via Tarporley and Whitegate.

A few things that I learnt today.

1) Navigating a group ride is not as daunting as you may first think. However, knowing what is going on at the back of the group is a massive challenge. Don’t forget to pass messages back up the group if someone shouts out. Thanks Ady and  Andy W for your help with this.

2) Everyone likes a new route even if it ends at a closed cafe (as long as there is another open cafe nearby!) 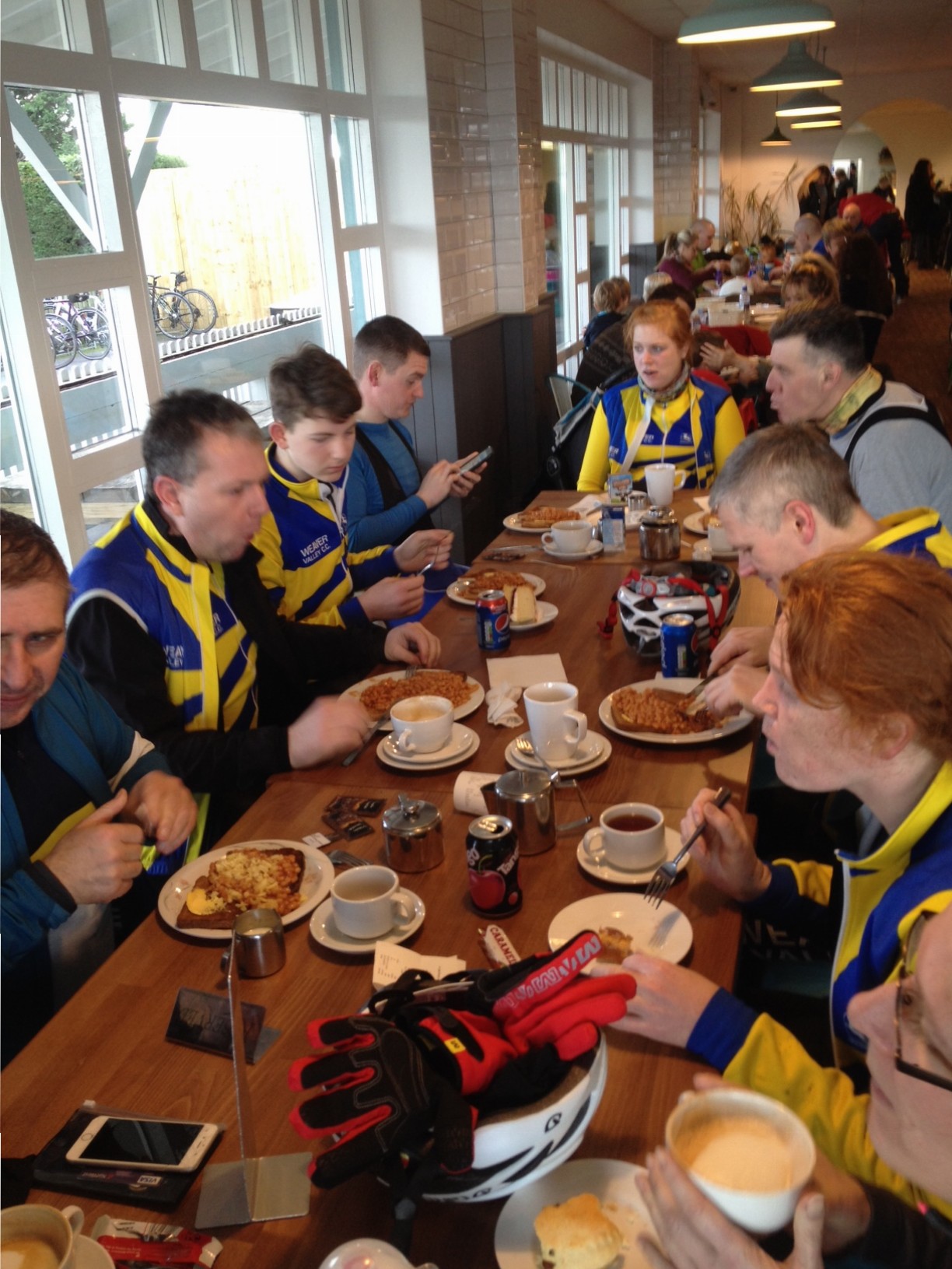 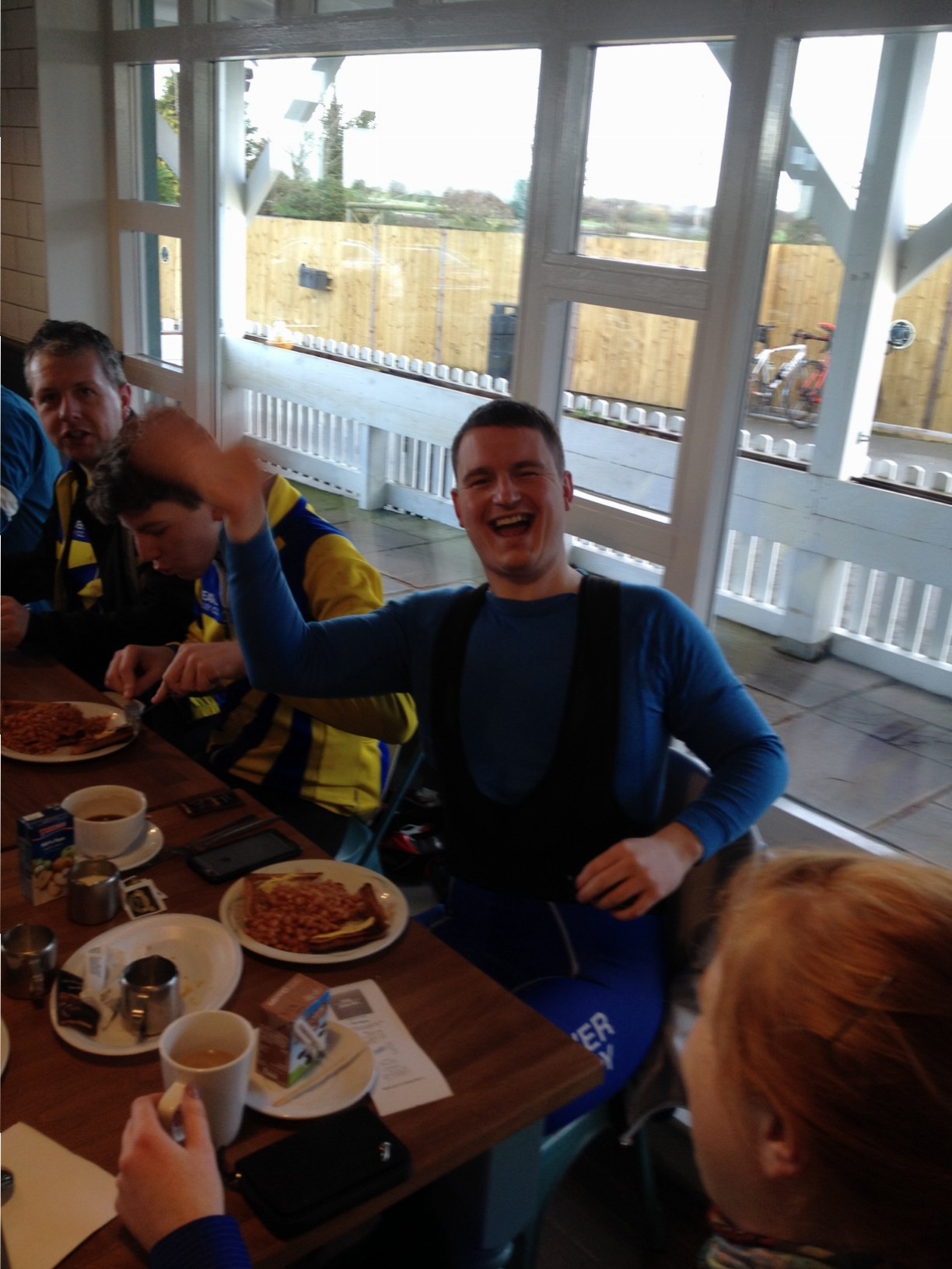 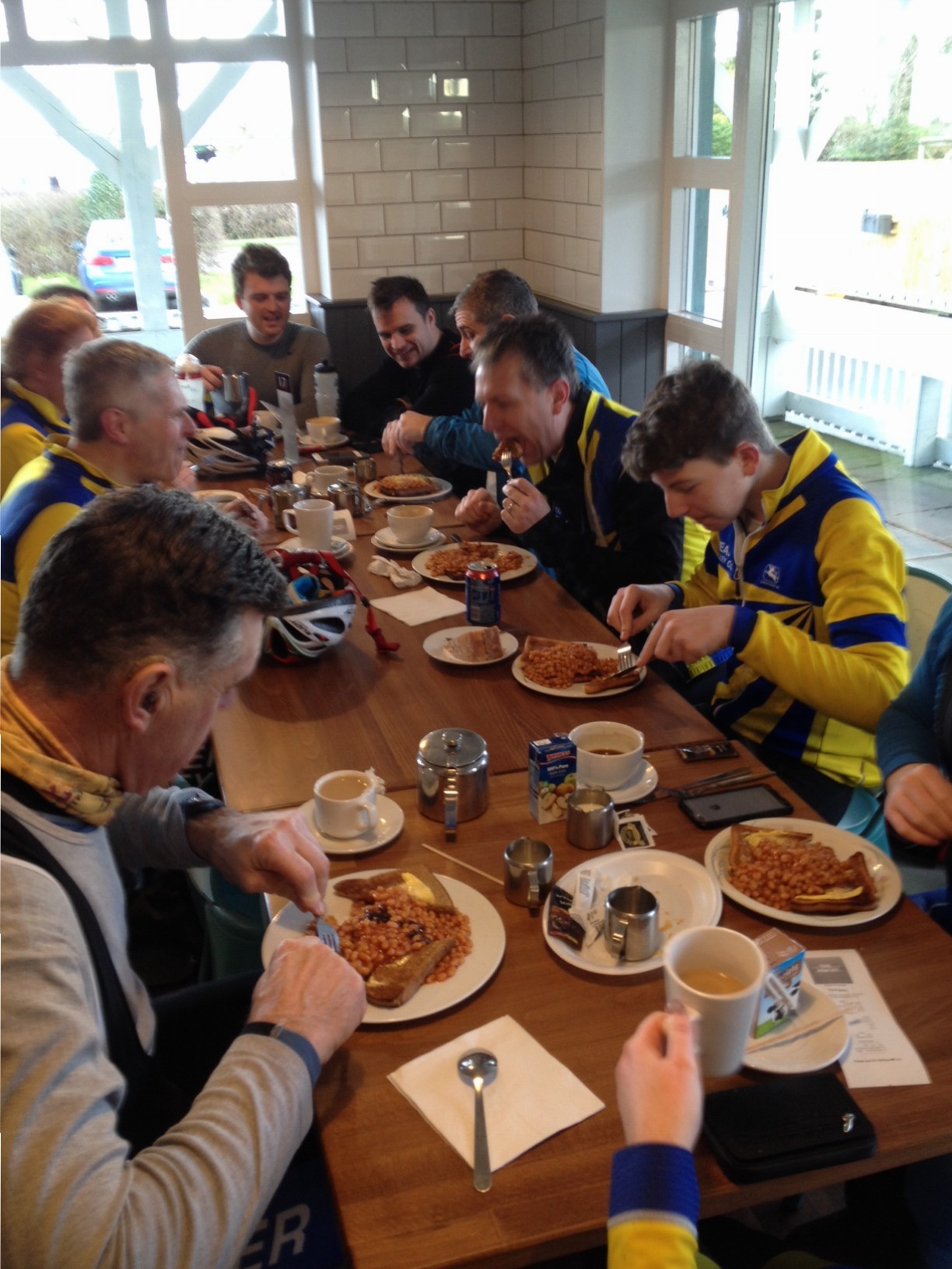 *Note for future rides that it is indeed shut! Since 1st November last year. Thanks to Graham Taylor for the information.