Off Road Weekend – Capel Curig and the Bwlch y Groes

Saturday started wet and it stayed that way. Richard led us on one of his fantastic “possibly rideable” routes from Trefriw via the steepest road I’ve riden up in years to Llyn Cowlyd where we followed the bridleway along the shore. Kev U tried his best to prove it rideable, but even he had to concede defeat before Tim manage to re-engineer his rear mech into his back wheel. Geoff remembered his rucksac just in time before the great descent to Capel Curig where we had a well earned lunch at the Pinnacle Cafe. 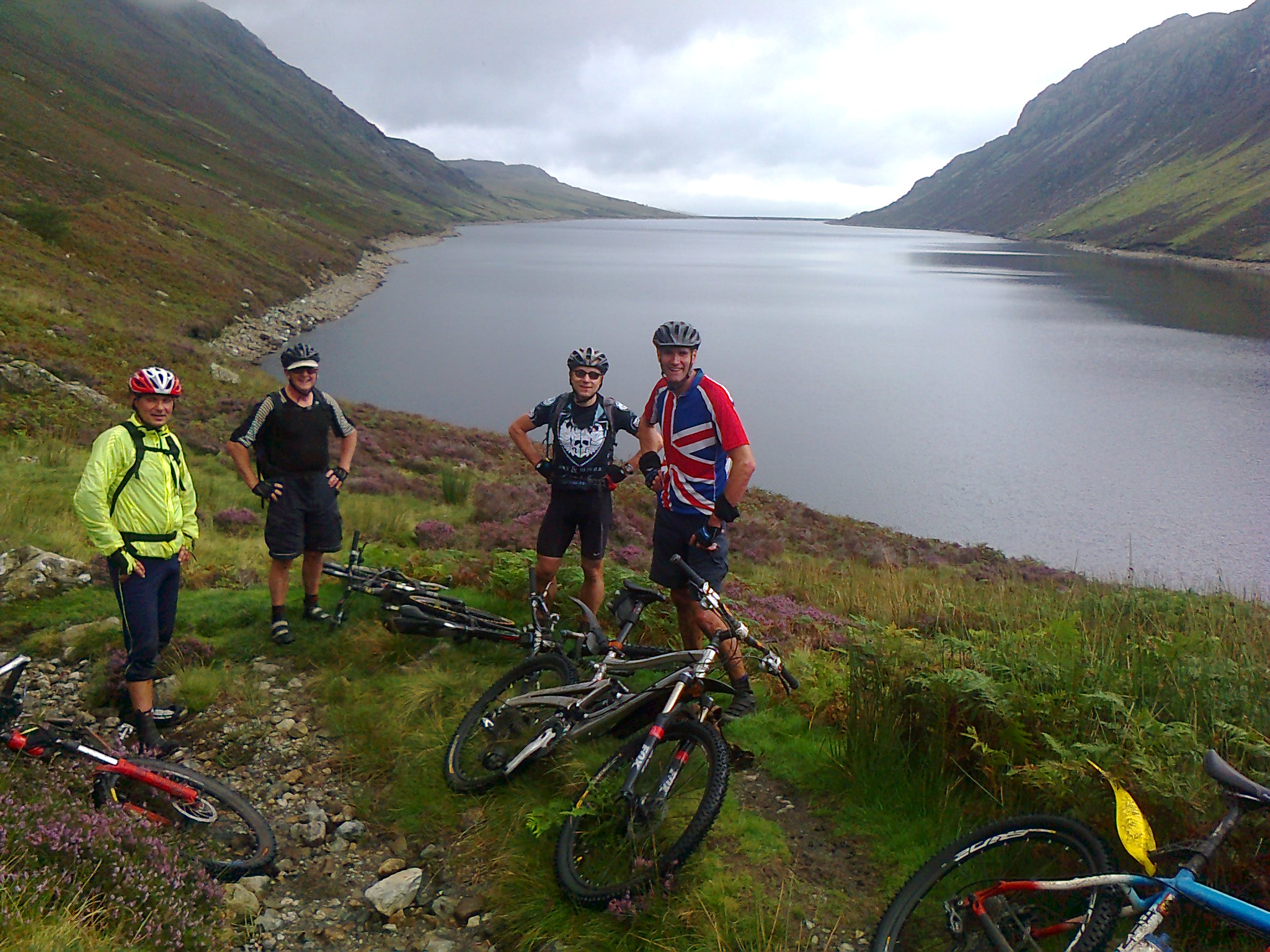 Then we headed over more tracks to Llyn Crafnan before hitting the Marin trail en route back to Betws y Coed.

Sunday started much brighter and stayed that way with stunning views across to Snowdon, Tryfan, the Glyders and Carnedds. This was Tim on a track over to Dolwyddelan with Moel Siabodd in the background. 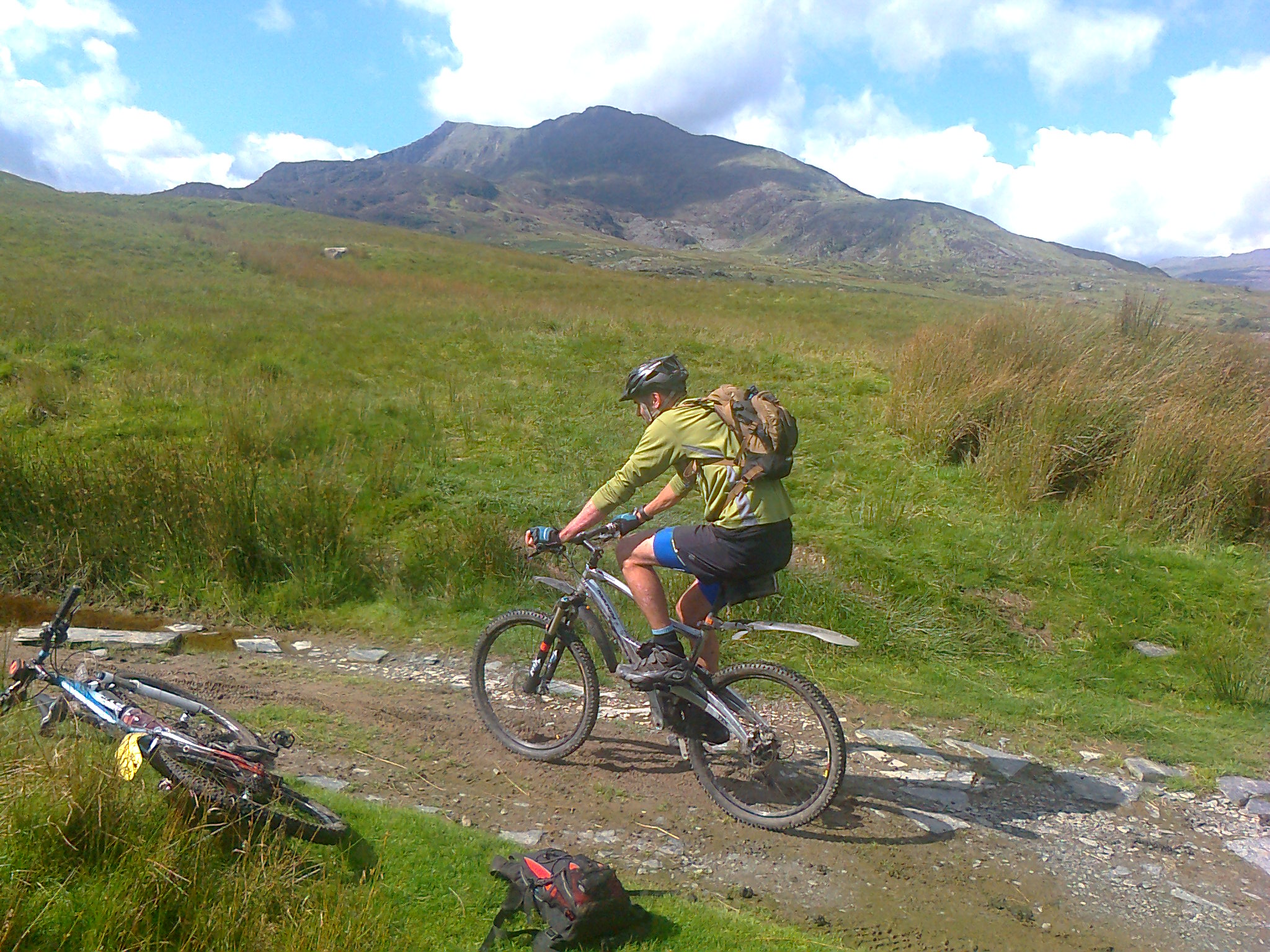 I short video shows me trying to pass Geoff and Richard on this track a little later http://www.youtube.com/watch?v=basxbcotkE4

The next off road stretch took us over to Penmachno via the Bwlch y Groes (not the famous road from Bala) which had been badly eroded by motocross bikes and the wet weather. Here’s a short clip of the fantastic singletrack at Penmachno http://www.youtube.com/watch?v=asLHRB5FUKY&feature=channel&list=UL from where we returned to Betws via the beautiful Wybrnant valley where Ty Mawr nestles and some very overgrown tracks. Thanks for all the routefinding Richard – the bramble grazes have just about scabbed over now!