Best turn out for a while with 7 of us heading over the Wayfarer track to Llandrillo from Llanarmon at the head of the beautiful Ceiriog valley. Steve M, Kev U, Rob J & Stevie C, Matthew & Derek and a recovering me rode up to the high point of the Wayfarer where a memorial and a logbook in a tin stand to commemorate the off-road cyclist from a few generations ago. 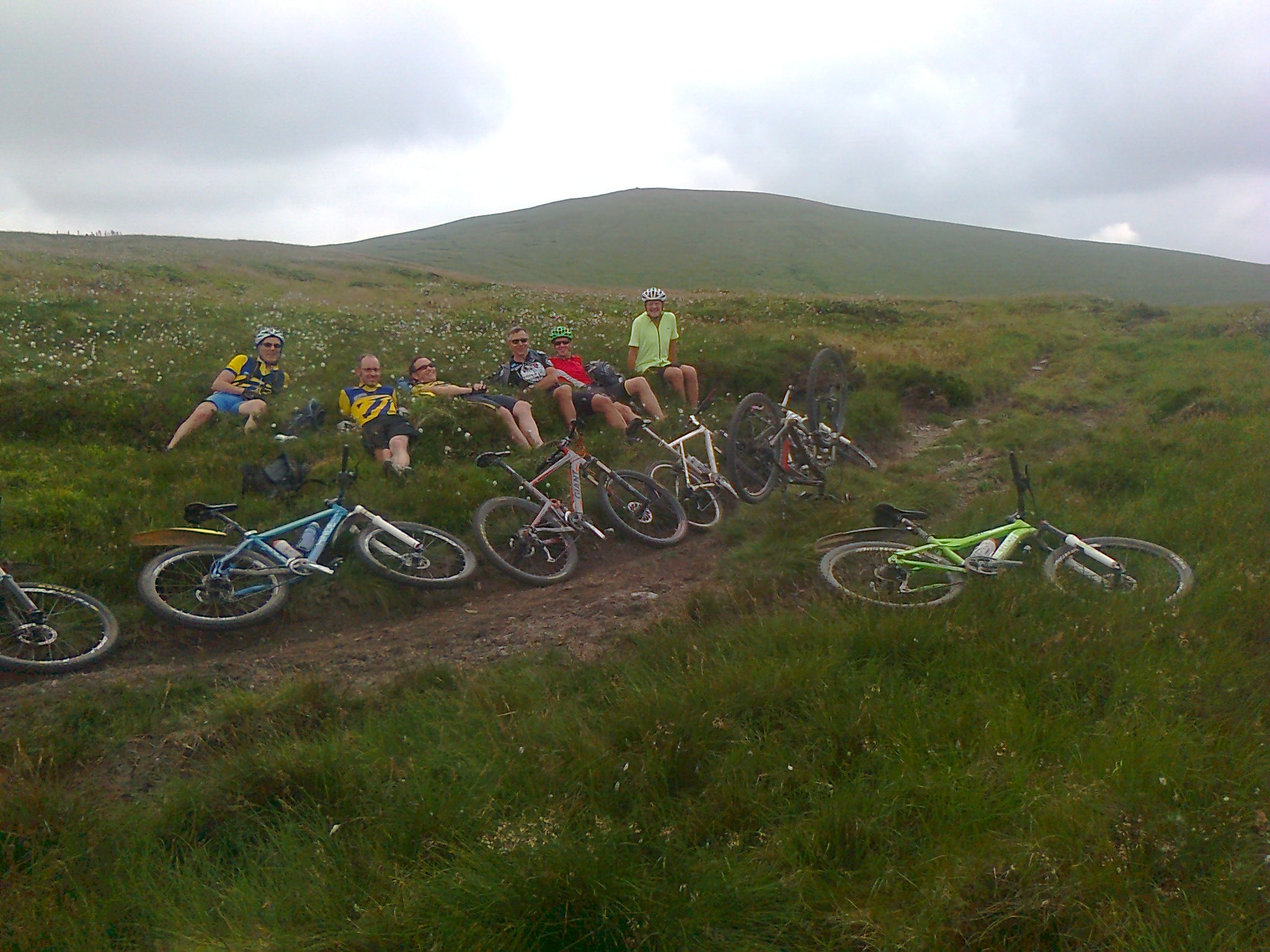 Losing some of my fitness after a few weeks off the bike I had taken it easy on the climb, but no worries on the descent which was surprisingly tricky as the track has been badly eroded due to the heavy winter, 4x4s and motorbikes I guess. I suddenly remembered why I enjoy mountain biking so much! Bacon butties, shandy and a round of darts at the pub in Llandrillo before we headed back, but this time on the bridleway which skirts the edge of the Berwyn mountains.

Thanks to Matthew for the picture just as we reached the highest point before a steep descent leading to a fast track and then the road back to more shandy at the Hand in Llanarmon. An excellent ride which we all enjoyed.