Ten of us set out from the station cafe in sunshine to climb up Pale Heights. From there into the woods beyond where Giles showed off his rocky drop-off technique. 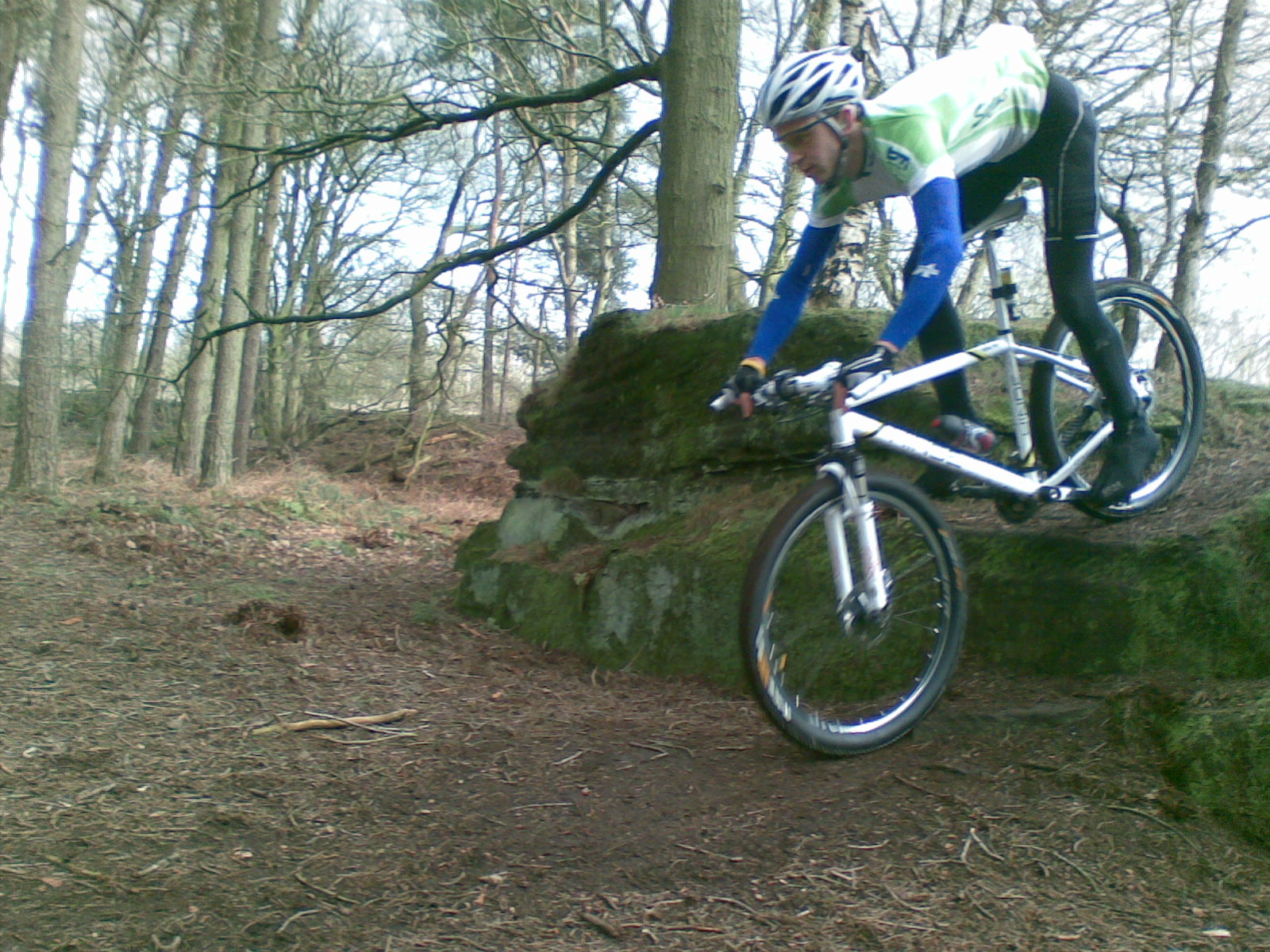 He outdid Gareth in the lightweight bike stakes with his 21lb Hinde set up for the BC National Series.

Over to Primrose Wood for the first time in a while and we really enjoyed the change. Down Tirley Garth and the grind back up the Sandstone Trail to Summertrees. But no time for a brew, back into Primrose Wood before returning to the top of Pale Heights, Kev U in fighting form and giving Giles a run for his money. Time for a group photo (by which time we had lost Matthew and Derek to their work commitments). 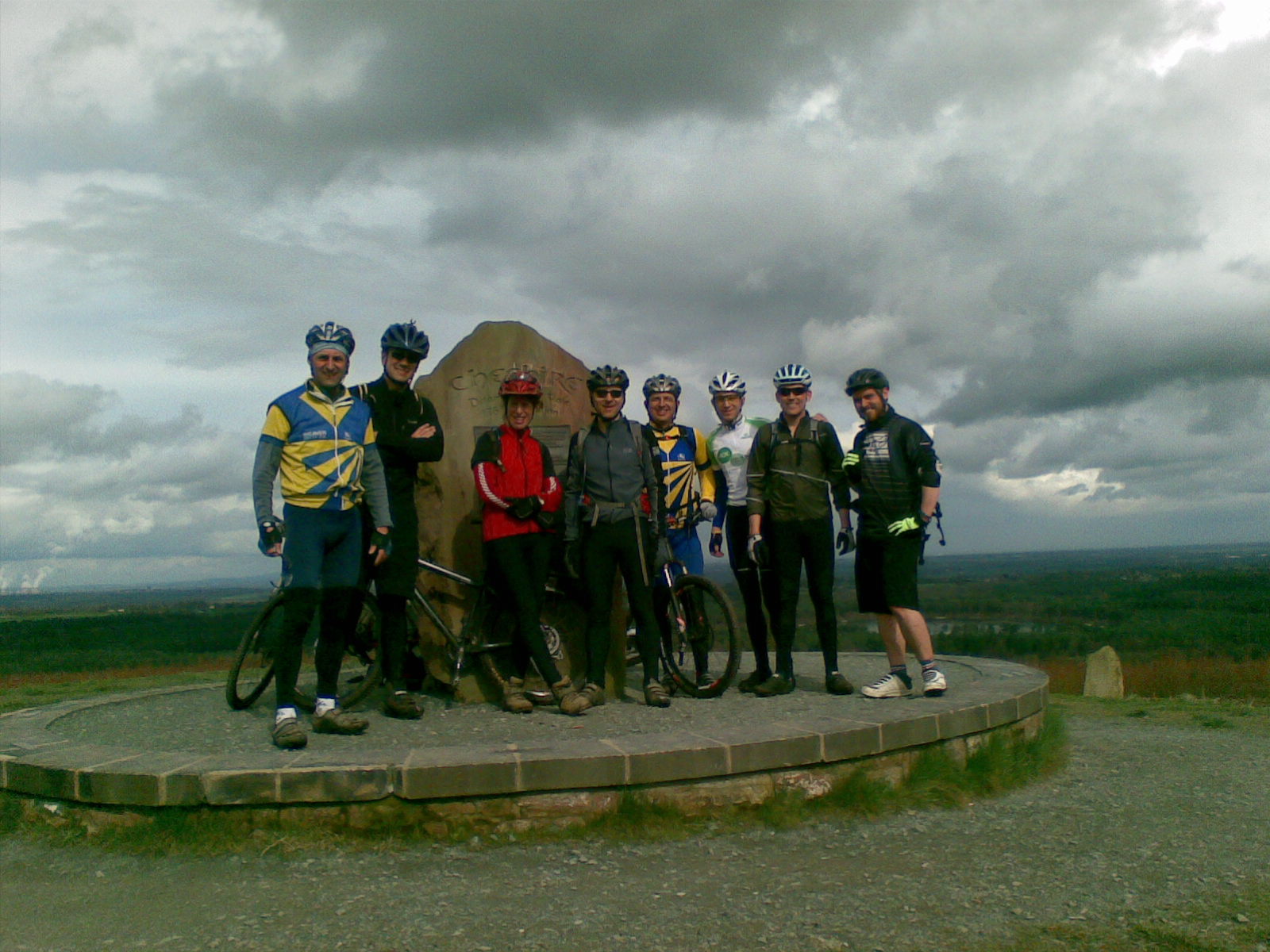 After the obligatory Bacon & Egg Batch at the cafe, most headed home, but Gareth and I did another hour in Delamere before riding back along the Whitegate way. See you all again soon.