I scream, you scream, we all scream for ice cream

19 July 2017 Written by Matt Hornby
The starting point for this months MTB away day was Trentham Gardens, Stoke-on-Trent. It was riders choice as I had two routes planned and was happy to navigate either of them. However, for two of us, Rob and myself, the starting point was Middlewich. On our way to Trentham we would meet up with Steve and travel along the Salt Line eventually picking up the tow path through Stoke.
As we got closer to Stoke I was aware that we weren’t making as much progress as we needed to get to Trentham Gardens for 10am, so I left Rob and Steve and pushed on finally circling the car park just in time searching for Tim. Tim located we waited for Rob and Steve to make the final connection.
On arrival Steve was in need of chocolate and Lucazade (other energy drinks are available) so we headed over to the newsagent at the centre of shopping area. After fighting off a small dog that had been spooked by bikes as a puppy, Steve appeared from the shop with an ice cream. Now in my head this didn’t make any sense. Chocolate and Lucazade now equalled a Walls Feast! In addition to this it was just after 10am and it was raining. 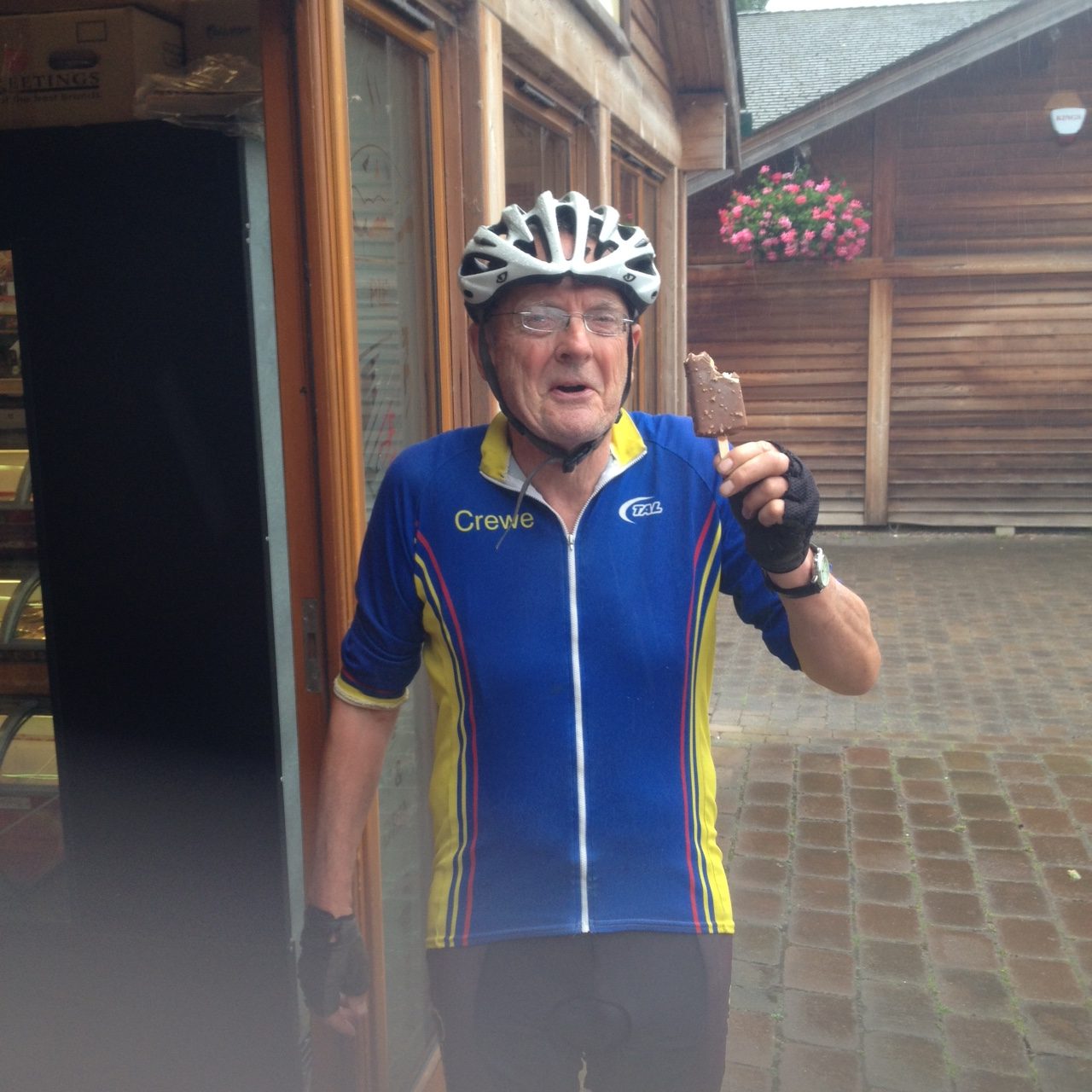 Route decided we headed off on the less urban route towards Beech and soon lost Steve. At first I thought that maybe he had to stop to recover from a bit of ice cream brain freeze or put on the waterproof but instead he said he had not been on a bike for the past 7 weeks and would make his way to the cafe at Apedale and the home by himself.
The three of us then pushed on to Beech fighting off the nettles and brambles to take on the first climb up to Hanchurch Woods. We fought our way through the ferns that were intruding on the trails. At this point the rain has dissipated but that water off the ferns made their own little rivers as it collected on our legs and eventually into our shoes. After some sweeping single track we headed over to Keele where we grabbed a cuppa (as long as it was not tea you were in luck as they had no teabags!).
From here we headed north to Scott Hay to pick up some more trails which left us in a perfect location to get to Apedale. Now I think you can guess what happened next. No, there were no punctures (well not at this point), no serious injuries but instead Steve coming along the path towards us. He confirmed that the oatcakes were excellent and so it would have been rude not to try them ourselves, so we did.
The three of us then headed south in order to get Tim back to Trentham taking in the sights of Newcastle-under-Lyme and eventually leaving Tim to make his short journey back to his car.
Steve and myself then headed back north along the canal all the time wondering if we would see Steve again. When we got to the Harecastle tunnel we took a brief moment to investigate the history only to discover that there actually three tunnels through the hill. Two for canal boats, although only on is now operational, and one for the trains. Every day is a school day.
With a tail wind we made steady progress along the towpath towards Hassel and guess who we found walking with their bike. Yeap, Steve with a puncture which we soon discovered was caused by the anti puncture liner that he had in his tyre! We quickly got this sorted and made our way home with over 75 miles covered
Off Road
Short report on the short long run to Press and Audlem
Guardian Cup Round 8 – 19th July 2017