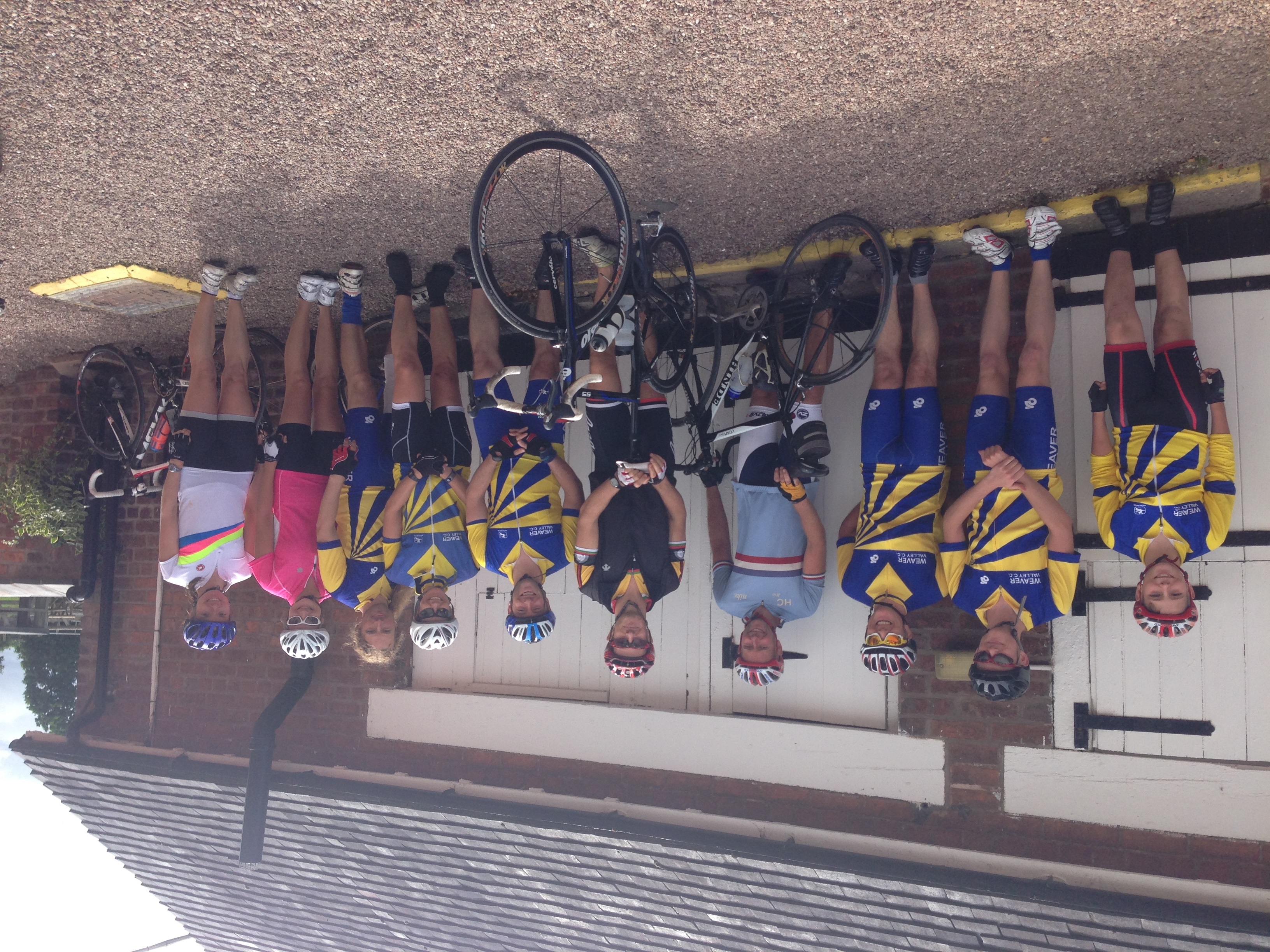 A large group assembled at the Legion this morning, it was decided that we would run 3  runs, with the short run going also going to Dagfields (I understand this was later changed to Nantwich) and the medium run to Audlem.

With Jules only being out for an hour, I took up the mantle to lead the long run. A large group of around 18 left and headed down whitegate and on to a very busy Oulton Park where the radio 2 carfest was taking place, though to Huxley where we had to stop due to Penny’s nose bleed, 4 tissues later (2 of which were supplied by Carol) and a (clean) handkerchief off Bruce (following a bit of to you, to me, to you, to me), we decided an emergency stop at the ice cream farm would be in order.

Once Penny had sorted her nose out, we set off once again, it was here Jules and Kev C headed home, Craig Lee and Lee Sutherland had already dropped off. The rain was trying but managed to hold off.  I was joined on the front by Jamie, we went on though Tattenhall and with Jamies knee playing up, Paul joined me, at this point I played that old trick to get Ewart on the front by going the wrong way, and with Ewart being at the back, he ended up on the front as we turned around to go back, this was however short lived as he found his brakes once again and slipped back nicely into the pack. Grieg came to the front on to Malpas into a block headwind, it was here that a van decided it would be a good idea to overtake us and then slow down, maybe as some kind of protest, which was highly amusing.

Just before Audlem, now with Pete Williams (making a special guest appearance) joining me on the front Carol’s belly was rumbling, the cry of “are we nearly there yet” came out like a petulant child!

13 of us arrived at Dagfields, fed and watered, Bruce made his own way home, we made our way back past Crewe Alex, with young Connor riding on the front and on to Middlewich.  New guy, Jeff (or Geoff) came up to the front, he has just returned to the area following 20 years in Singapore, he looks like a really strong rider and we look forward to seeing him out again,  on Bostock Road through to Davenham, Carol put a special request in for us not to put the hammer down like we usually do, Ewart decided to ignore this and went off on his own, following a slight delay Jeff chased him down, with me Penny, Carol, Elliott and Grieg ( blowing out the back) keeping it steady.

The rain had been threatening all day and finally came at Hartford, so most people managed to get home dry, however I had another 9 miles to go, the light rain was nice and refreshing as Jeff lead me through Weaverham at 30 mph (thanks Jeff).

I arrived home with 92 miles on the clock averaging 18.6 mph, great day, great turnout, and great to see so new faces on the long run who all coped with it really well.

A special mention for Elliott, he rode fantastic today, for someone so young he easily kept with the group, well done Elliott .

Also, not sure if it is a long run record, but 3 ladies on todays run with Carol, Penny and Charlotte, great ride by all 3. Pity Eleanor was not out.