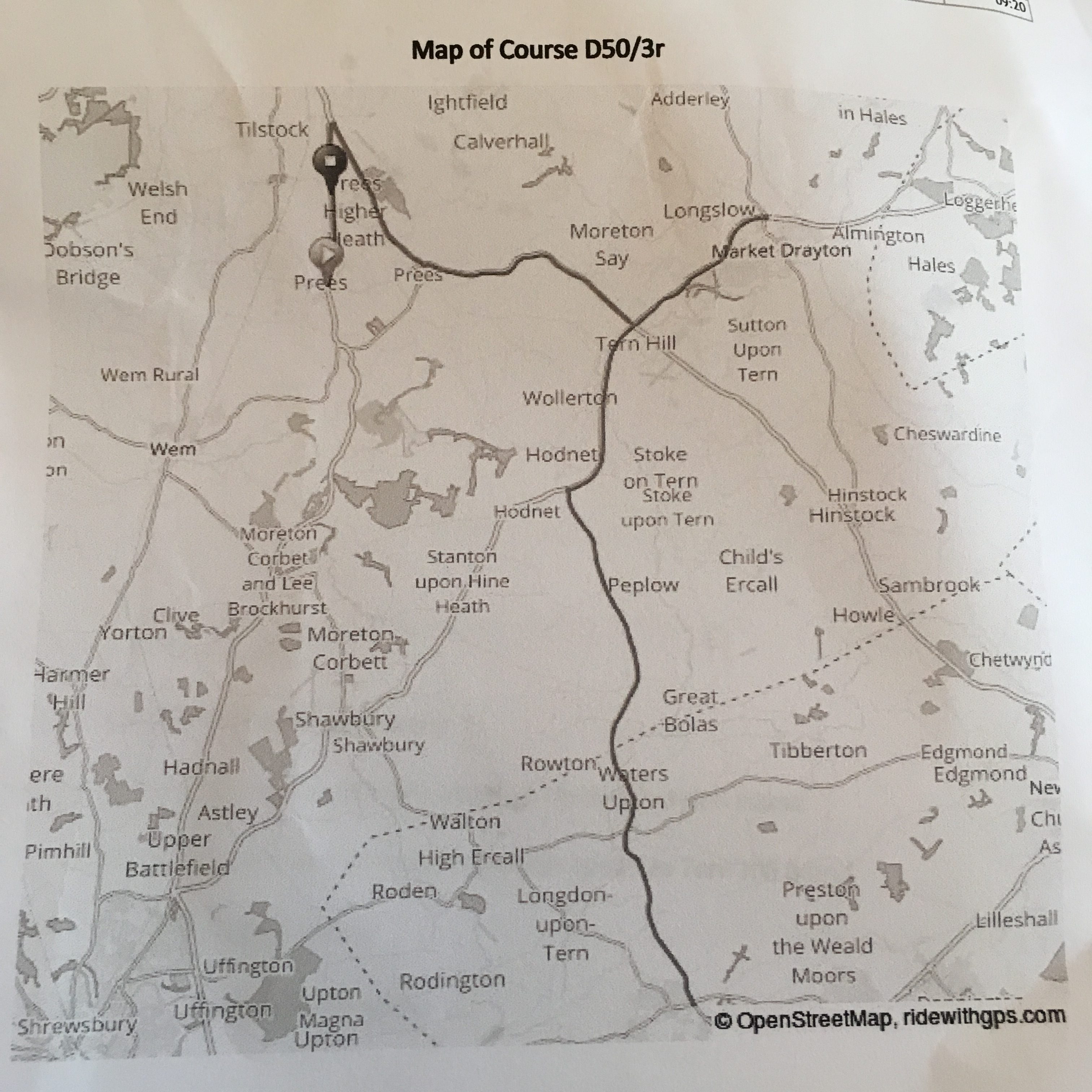 So, in an effort to keep my much loved ladies BAR trophy I knew I needed to complete a 50 this year – a distance I always dread because it feels like a forever sat in a TT position. After missing the Cheshire RC 50TT in July due to being poorly (a bit of a theme for me this year), the Chester RC 50TT over the rolling D50/3R course in Whitchurch was the only other date I could do, so I booked on.

What I had forgotten when booking is that the date clashed with a weekend away with my old netball team at Condover Hall in Shrewsbury – which was really handy in terms of coincidentally being close to the event, but a nightmare in that I therefore spent Friday night drunk, Saturday doing activities such as raft building and archery, then Saturday night out dressed as a mermaid with glitter all over my face, but I was good and had a diet coke that night – a very popular aperitif amongst all well-known local mermaids. This meant when my 6:40am alarm went off on my bottom bunk in a dorm with 8 others I really couldn’t be bothered. Anyway I dragged myself out of bed, tried to quietly slip out of the room and drove to Prees in good time for my number 64, 09:04 start. 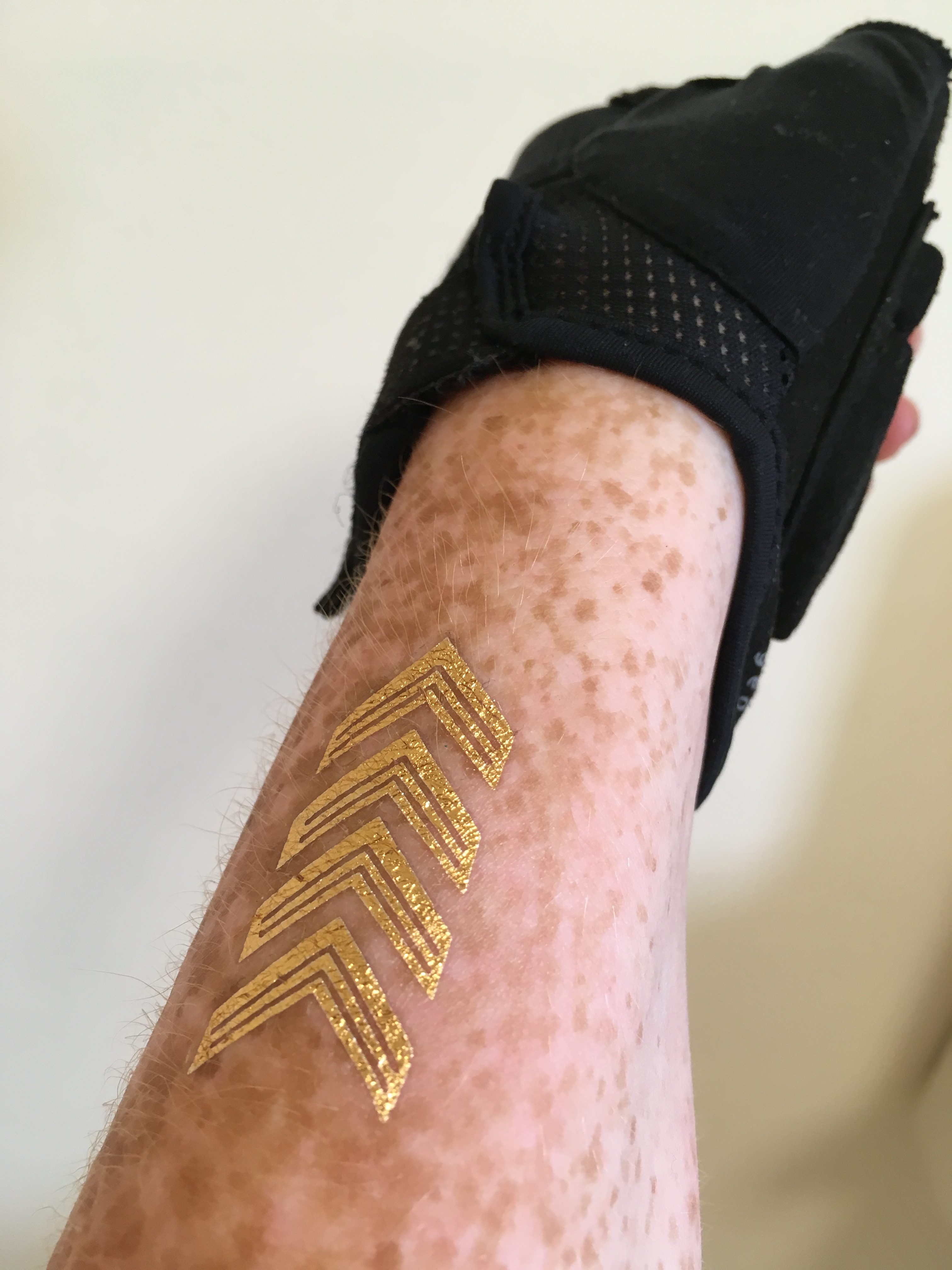 The conditions for the day were less than ideal with a grey sky, spitting rain and 16mph northerly winds – but as per Mr Jimothy Duffy’s point on Facebook – my job was to get round and that was it. Not a day for PBs, placings or worrying about my time, just 50 miles solo and a finish was plenty. Many seemed to have looked at the conditions and stayed in bed as there was 27 non-starters which I think is a lot. In fact it was so cold at the HQ I left my skin suit well alone and stuck my shorts and tempest long sleeve on because it wasn’t worth getting soaked and cold in tight lycra. I also practiced many swear words wrestling my Velotoze on which never gets any easier.

The D50/3R course is a good one in that it isn’t laps, it’s a course which utilises a lot of roundabouts and bypass roads and results in an almost to-and-back course minus one section. The start is up by Prees trucker’s café and started with a tail wind downhill to the first roundabout – which was a misleading start as I flew down there for about 1.5 miles, took the last exit off the first roundabout to almost come back on myself and was immediately smacked by the headwind. Not long after, I passed my 4min man who’d punctured, so a bad day for him as I know he finished but he didn’t come past me again. From there it was a case of just getting on with it! So I kept a steady tempo and ticked off the roundabouts as they came, just dealing with the wind and accepting whatever speed I was doing at the time.

For the section toward Market Drayton, keeping my bike steady was the main aim, as the wind was cross on both legs, so by the time I got back to Tern Hill I was feeling it a bit, then had to continue South toward Shawbirch into what was then a solid headwind and I was struggling to even hold 19mph into a lot of it. For all of that section I was just praying for the final roundabout which you encircle to head home, and it felt like forever uphill into a headwind (and by then doing a depressing 15.5mph) before I got there and said “bad day!!” to the marshals (who were amazing the whole course). That said, I went round the roundabout and had a downhill AND a tailwind – sweet relief!!! So went from feeling like death doing 15.5mph to doing an easy 25mph, which was a serious mental boost…until I cramped. Then I spent the next mile trying to sort my right calf out and not quite making the most of it.

After that it was just a case of heading back the way I’d come, ticking each mile off and counting down to the blessed finish – which was eventually back up the start hill into a headwind and at which point I ran out of power and suffered it out. I kept to my schedule of a gel at miles 15, 30 and 40, with a drink after so this just kept me going and I crossed the line with a 2:27:37 (20.323mph). It’s 6mins slower than I’ve done round the J2/9 and I knew when I did that I could go better – so I’ll keep doing at least one 50 per year and whingeing til I get a lot closer to a 2:10!

I was 4th amongst the ladies with Hannah Macdonald of Liverpool Century RC doing a 2:05:47, and the overall winner was Phil Murphy of Total Tri Training with a 1:53:49. Very good times considering the weather.

And I get to keep my BAR so objective achieved! Not sure if I’ll improve my average speed as I’ve PBd on a 10 and 25, but that 50 really sucked. 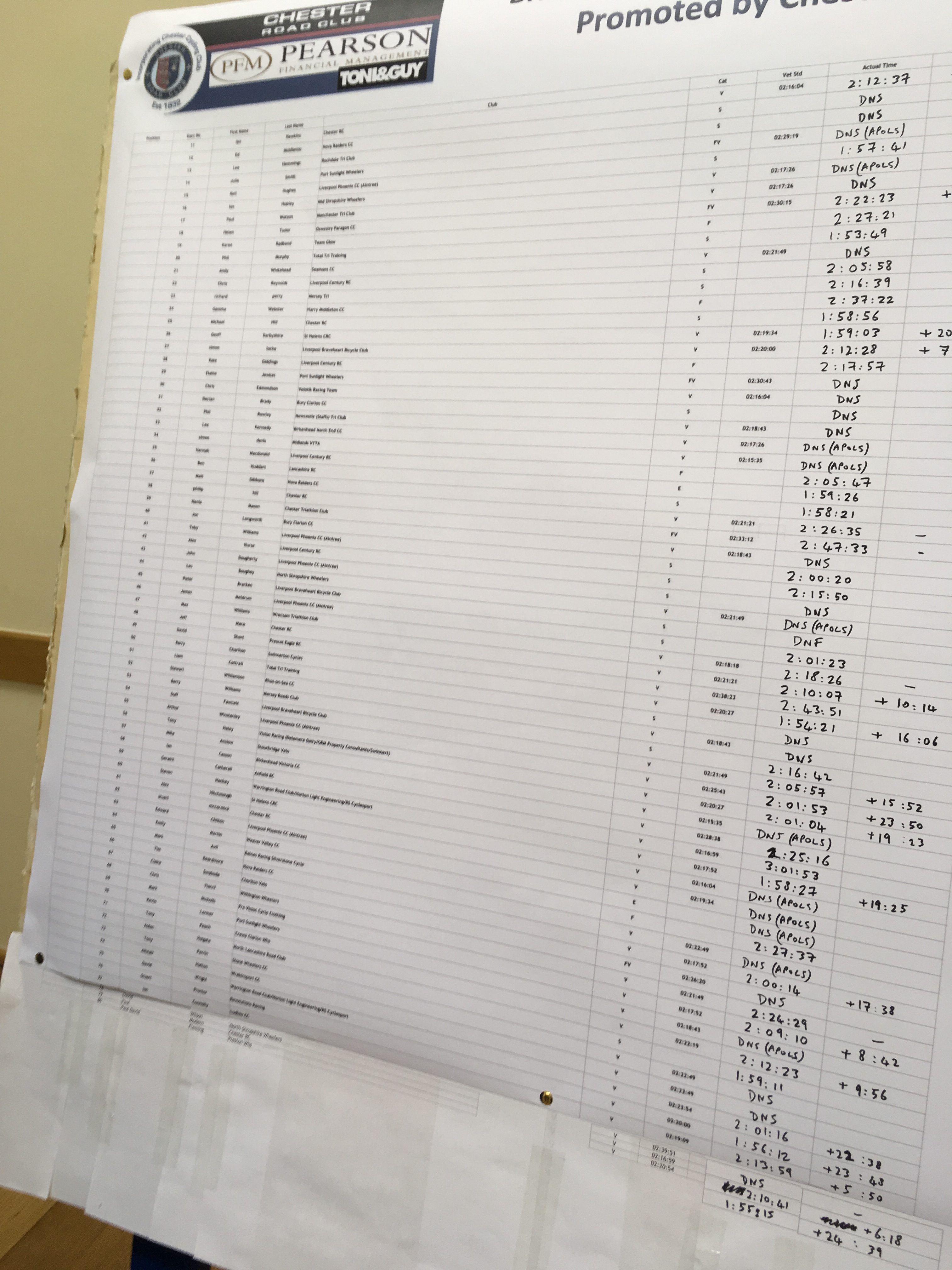